Atheist organization in the Philippines


"Philippine Atheists and Agnostics Society (PATAS) ...was established February 14, 2011, and our first activity was a “Good without Religion” feeding programme.

We are looking forward to let the whole world know our events and existence thus, I am asking if you could feature our group in your website. I believe that in this kind of gesture, people who is now browsing in your website with the same philosophy will be encourage to come out and spread the freedom from religion  message."

Email ThisBlogThis!Share to TwitterShare to FacebookShare to Pinterest
Labels: atheism

Email ThisBlogThis!Share to TwitterShare to FacebookShare to Pinterest
Labels: Video

I am Loyal, Deferential and Level-headed.
Posted by Roy C. Choco, FCD at 4:43 PM No comments:

"Feingold theorized that food additives (artificial colors and flavors) and natural salicylates caused hyperactivity in children and elimination of these components would result in dramatic improvement in behavior. Numerous double-blind studies of the Feingold hypothesis have led to the rejection of the idea that this elimination diet has any benefit beyond the normal placebo effect. Although sugar is widely believed by the public to cause hyperactive behavior, this has not been scientifically substantiated. Twelve double-blind, placebo-controlled studies of sugar challenges failed to provide any evidence that sugar ingestion leads to untoward behavior in children with Attention-Deficit Hyperactivity Disorder or in normal children" 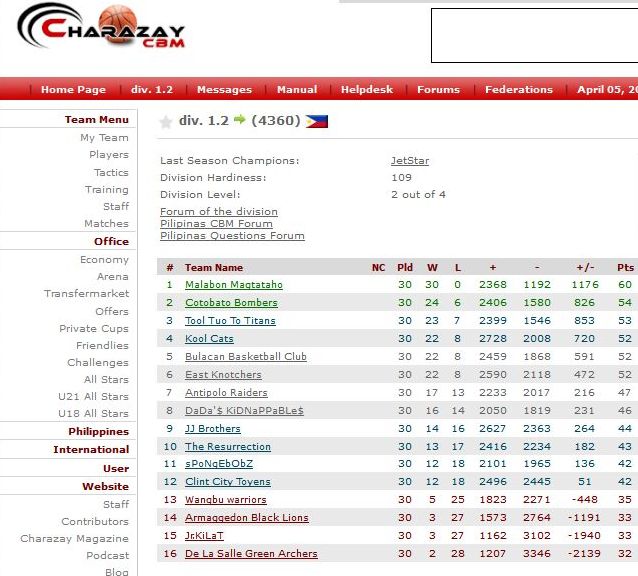 The support given by the National Council of Churches of the Philippines (NCCP) and the Philippine Council of Evangelical Churches (PCEC) to the Reproductive Health Bill (RH Bill) highlights the fact that those who oppose its passage does so because they want to impose their own religious values on the rest of us.

Let us not allow this.  Support the RH bill.

Quote from the article:


"Dr. Rommel Linatoc of the National Council of Churches in the Philippines (NCCP) said the organization has thrown its support for the bill, saying it would affirm quality life for families and ensure the good health of mothers.

In a forum sponsored by the pro-RH bill Philippine Legislators' Committee on Population and Development Foundation on Thursday, Linatoc described the bill as “pro-people, pro-women, and pro-humanity.” “That is why the NCCP and all its affiliate churches nationwide are supporting it,” he said.

"The RH bill protects the life of both the mother and the baby in her womb,” Tendero said. “Supporting the bill is pro-quality of life” he added.
PCEC is composed of 25,000 evangelical churches, 66 denominations, and 150 para-church and mission organizations.""